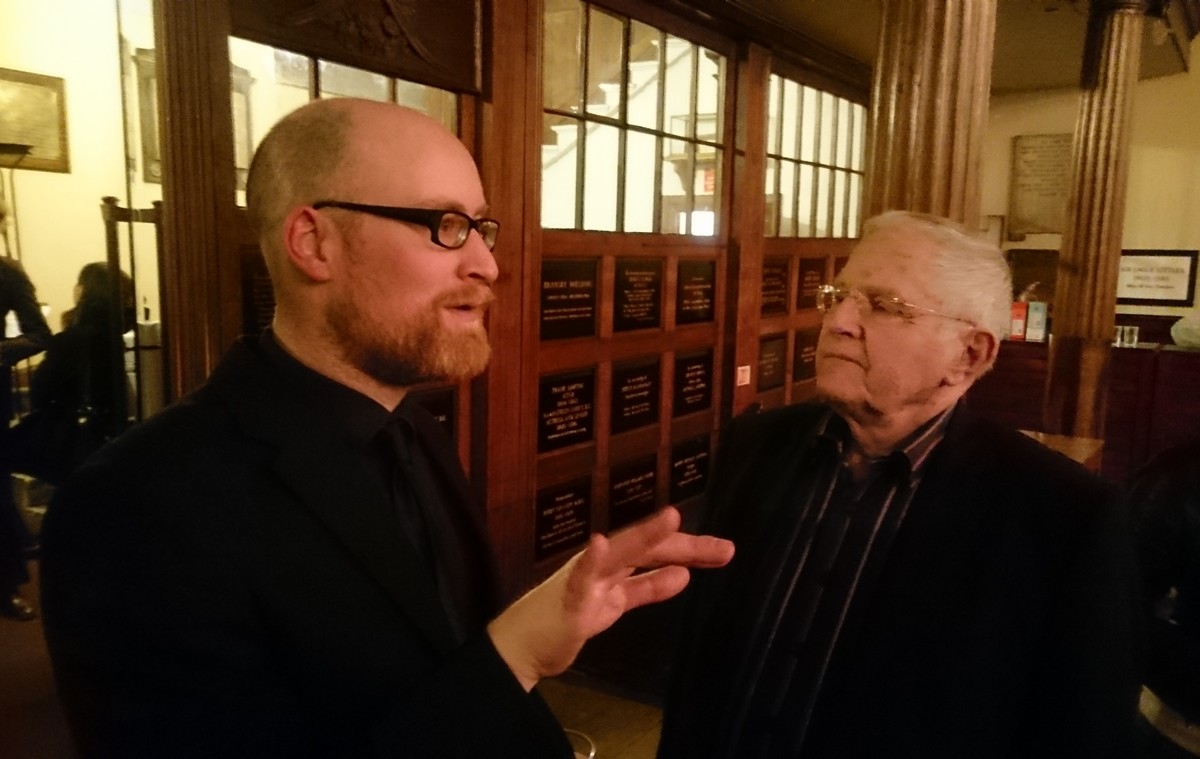 The Director of the Society, Denis McCaldin, writes:

Last night we attended an all-Haydn concert for Good Friday. This was a special event for any number of reasons, not least as it gave us an opportunity to celebrate the anniversary (24th March 2015) of our establishing a commemorative plaque to Haydn in London. 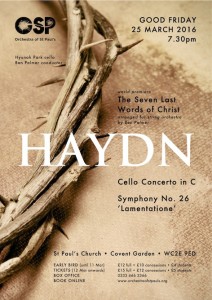 Above all, this was the first performance of a new arrangement of Haydn’s devotional masterpiece The Seven Last Words of Christ on the Cross, prepared by the evening’s conductor. Ben Palmer maintains a small but fine portfolio of ensembles under his direction, including the recently established London Haydn Project. For this occasion however, he brought another of his groups, the Orchestra of St. Paul’s to their namesake church to perform his new arrangement. The Haydn Society of Great Britain has been delighted to support Ben throughout the arrangement and rehearsal process.

This new version is a transcription for string orchestra of Haydn’s original orchestral version, restoring the details omitted from the rather rudimentary string quartet publication of 1787, which left out much important thematic material and contrapuntal complexity.

The Seven Last Words has a grave subject matter but is a remarkably classical work, a structurally rigorous set of Sonatas. For latitude of expression, we were given an exciting first half of the concert. The Symphony No. 26, ‘Lamentatione’ (Hob I/26) was also intended for performance during the Easter week, featuring the seasonally apt chorale melody of the second movement. This work an early exemplar of the Sturm und Drang (‘Storm and Stress’) style certainly benefitted from a well-rehearsed ensemble and daring variation in dynamics. The shoots of Spring forced their way out in the vibrato-light élan of the final Menuet.

The Cello Concerto in C (Hob VIIb/1) was performed by Korean cellist Hyunah Park. An assured and well-prepared rendition, the concerto brimmed with life and the humour that the layman more readily associates with Haydn. Ben’s orchestra proved a lissom, flexible partner in the performance particularly in the control, blend and range of the combined woodwind and horns.

This was a wide-ranging concert that showed the cosmopolitan – and Mass-attending – Haydn at his most comprehensive. It was super to chat with a number of the audience during the interval about the Society and the engage with the continuing interest in this composer for whom London and the English sensibility was a second home, not a year after we had put up the first plaque to his memory just the other side of the Charing Cross Road.